The depth is around 50 feet to the top of the wreck and around 70 feet to the sand. The United Caribbean is oriented with the bow facing west northwest.

The United Caribbean is a steel cargo ship originally 147 feet long. The ship has broken apart and lies into pieces. The wheelhouse structure of the ship lies on the starboard side approximately 50 feet from the rest of the vessel. The main part of the vessel hall is also broken apart facing the north.There is a rock pile which leads to the West to another shipwreck called the Sea Emperor also known as the Aqua- 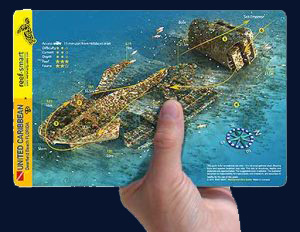 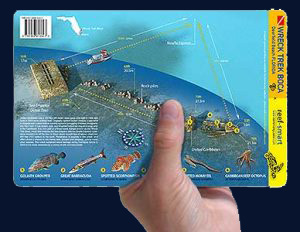 The United Caribbean is currently lying in the sand and unprotected from the reef. This dive site can have a mild to strong current running from north to south or south to north. Unless you are good on air is not recommended to attempt to make it to the sea Emperor or the Noulla express.

We start off the day with a wreck dive on the United Caribbean wreck, followed by a drift dive off the third reef. The reef dive location will depend on visibility and current. We typically leave that up to the captain's discretion. We have 45 min. to 1 hour on each site. Air and bottom time permitting.

The ship was built in 1969 and named the Golden Venture. It was registered Panamanian to operate only in waters around Singapore. But by the early 1990's, it was being used by smugglers to illegally ferry people and drugs. On June 6, 1993 the Golden Venture ran aground on Rockaway Beach in Queens New York.

The ship was smuggling 286 illegal immigrants from China. In their attempts to flee the stranded ship and get to shore in the United States, ten people drowned. The ship was later sold and renamed the United Caribbean and was used a s a cargo vessel in the Caribbean.

The ship eventually became part of the Palm Beach Artificial Reef Program and was sunk on August 22, 2000. There are several movies chronicling the horrifying journey of the 286 immigrants.

This is a well-established wreck site and there is an abundance of marine life that resides in the area. It is common to see large schools of small and medium tropical fish, stingrays large and small, eels, lobsters and the occasional Turtle or Eagle Ray..