The Okinawa is located in the sand at the South end of in front of Pompano Reef on the west side. The exact coordinates are still being inputted since it’s a brand-new reef. And since the last big storm and actually got moved about a quarter of a mile from where it was originally put down. 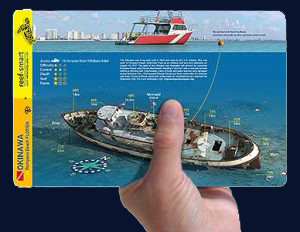 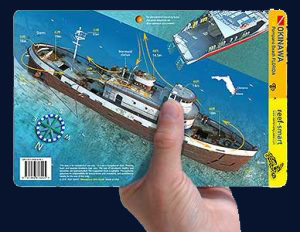 The Okinawa is in the sand on the west side of the main reef. The wreck out in no man’s land or as I would say in the middle of the desert. Other than the wreck, there is really nothing much around the area. There can be currents running from north to south or south to north depending on the tide and conditions. It is not a very big Wreck but it is still relatively new and there are plenty of places to go inside.

We start off the day with a wreck dive on the Okinawa wreck, followed by a drift dive off the third reef. The reef dive location will depend on visibility and current. We typically leave that up to the captain's discretion. We have 45 min. to 1 hour on each site. Air and bottom time permitting.

Wreck history The LT 1970 (11651) was built and completed in October 1953 later named the Okinawa was a 107 foot tugboat operated by the U.S. Army. The ship’s dimensions was 170 feet long by 26.6 feet wide with a displacement of 350 tons. The ship was equipped with a Fairbanks Morris engine and an 8 foot diameter prop which weighed over 2000 pounds.

There is not a lot known about the history of this particular ship however we do know that it was operated out of Philadelphia and Boston from one of the pictures that is available of the Okinawa towing the USS Cassin Young (DD 793). The ship was eventually sold in 2003 and eventually ended up as the 18th shipwreck in shipwreck Park Pompano Beach the renowned artist Dennis McDonald created a underwater bar called the midnight sun the bar included some sea creatures and a mermaid holding a spherical shiny globe that you can see your reflection when you look into it.

Like most art that is created on top of the shipwrecks he quickly deteriorates once it goes underwater. So the shiny globe is no longer shining and the mermaid is looking a little worn out. The ship is definitely a cool place for wreck penetration however it is kind of small and easy to get bored on. Since the ship sits out in the sand area is subjected to strong currents and has moved from its original position to the south.

This is a established wreck site and there is an abundance of marine life that resides in the area. It is common to see large schools of small and medium tropical fish, stingrays large and small and the occasional Turtle or Eagle Ray.. 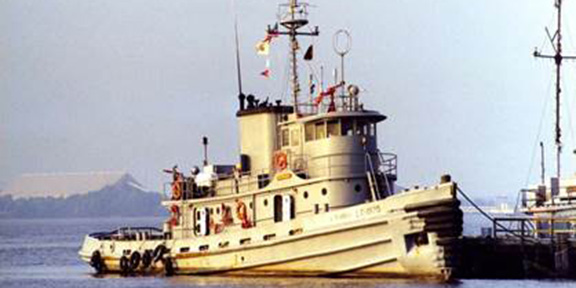